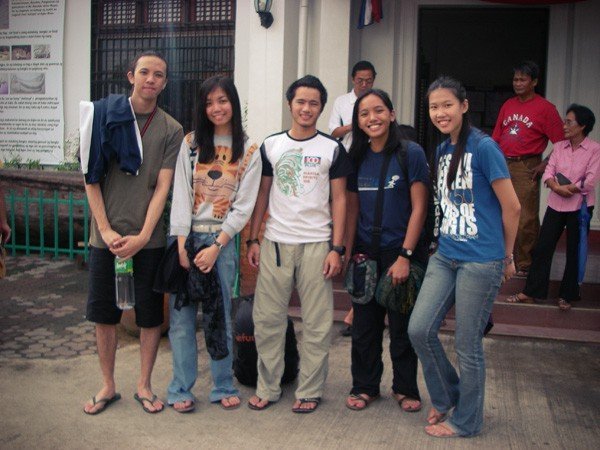 The biggest impact immersion had on me wasn’t something I experienced myself, but rather, what my friend experienced (we went to the same area: a farming area in Rosales, Pangasinan). We were doing processing on the third morning and what he said about his “tatay” (adoptive father) struck me.

Last Thursday, we were discussing the Prodigal Son during Theology class, and one of the excerpts from the novel mentioned something about unconditional love and how the World will always measure you by how much you give, and even when you’ve given everything, it will never be enough. That really stayed with me. Never is such a sad, sad word and with everything that happened to me these past few months, it just seemed like a fucking horrible realization.

So during immersion, my friend was sharing how their “tatay” told them outright that he really won’t make them work in the fields or do anything difficult. He just wanted to love them and show them he loved them, and he wasn’t asking for anything in return. He said that if ever they saw each other in Manila, just acknowledging him would be enough. It seemed like he just wanted them to acknowledge his love for them, and that was all. They don’t have to invite him to his house, give him anything, nothing. And during their stay with their tatay, that’s just what he did — showed them that he loved them like any of his real children and took care of them the best way he could.

This was a man who barely knew the students who came to stay with him. He just knew that he wanted to love them from the start, and that was what he was going to do. He didn’t have to know them well, and they had barely three days to actually get to know each other.

I kept on going back to people I’ve sort-of spent years with, and how negative my experiences were with them lately. It was so hard for me to reconcile friendships so strained with how I just wanted things to be. I’ve never been really honest about how difficult it was adjusting when I got back from JTA and things just seemed to get worse with old friends. I was thinking about how even friendship is so conditional, that the word “never” was such a terrifying reality for me. But then, here was this man who made me believe again that unconditional love CAN exist, even in this world, and it’s just difficult to find. My friend was really lucky to have felt that when he stayed with his Tatay. I realized I still have good friends who I could really trust even though I’ve doubted so many things in my life lately.

I think most of us look for that kind of unconditional love. I’ve experienced this with my highschool friends and I will really do anything for them. We’re all human, I know, but it doesn’t mean we’re entirely incapable of this. I think I’m just the sort of person who’ll be looking for this all my life, and I hope I could become somebody like my friend’s Tatay who could love, even strangers, unconditionally.