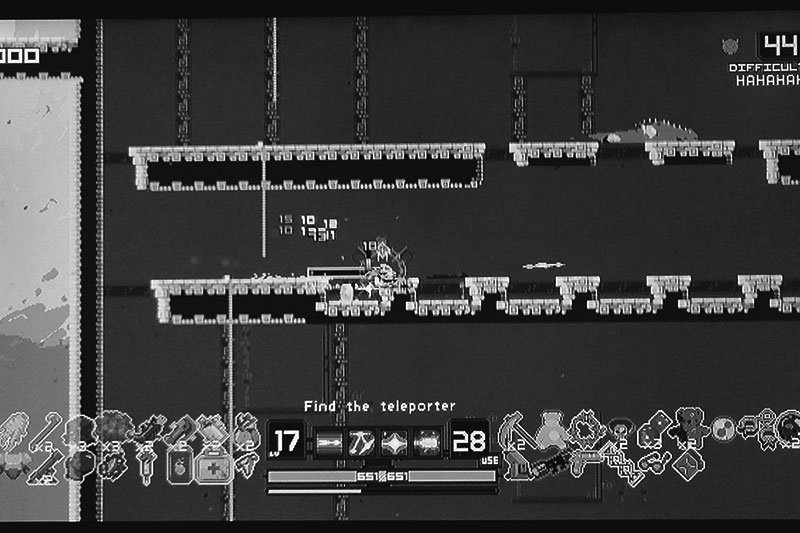 The premise is pretty simple: collect [randomly picked] items as much as you can, to give you power-ups and other weapons to kill enemies and bosses so that you can advance to higher levels and finish the game. But finishing the game isn’t that easy. The longer you stay on a stage, the stronger the enemies grow and the harder the game is, and your items aren’t very useful all the time. There’s as much luck that goes with skill.

What makes it so unique though is that the game really isn’t so complicated, but you never have the same gameplay twice. With different play-throughs, you can enjoy different major power-ups, different levels, different bosses, different abilities. The objectives are obvious: collect items, defeat bosses, finish the game. But because you can have a different character and collect different kinds of item for each gameplay, somewhere along the way you have to adjust your strategy based on the best items you get and the abilities of the character you’re using. You’ll never really finish it the same way you did before, and even if you do get all the exact items you had from your previous gameplay, the stages are also randomly generated.

It’s not the only game that has that different-play-through-for-each-gameplay experience. Don’t Starve comes to mind, but it’s never really kept me glued as much as Risk of Rain (like I said, I only watch C play and I don’t play myself). One of the reasons why, I think, is because Risk of Rain doesn’t need that much ‘work’ — you can pretty much finish a whole game in an hour or less, so it gives you a sense of accomplishment because you’ve finished something (either because you’ve won or failed), whereas Don’t Starve pretty much ends when you’ve starved. The survival aspect of it is slower compared to the action and all the explosions and jumping giant worms of Risk of Rain, making it only more entertaining when compared to others.


It’s great; we do so many things in repetition every day, but how do these experiences become different even if we’re doing essentially the same thing?