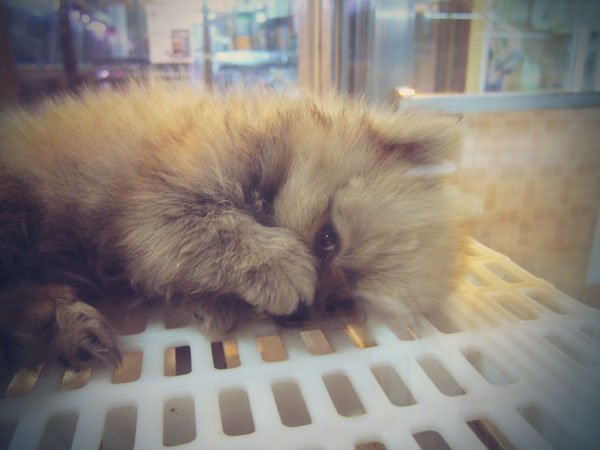 I just had my first week of work, and there are some things (which are nonsensical at times) that I’ve realized after this first week:

1. Work makes me exhausted. Not even tired. EXHAUSTED.

I don’t even do anything tedious, and I’m definitely just sitting on the desk 95% of the time, but the only thing I want to do when I get home is to talk to C before I sleep, and then fall asleep right after. This could mean that: (1) I’m incredibly weak, or (2) I need to eat a heavier breakfast, or (3) I should stop having late-night dinners because it makes me feel full, which in turn keeps me from sleeping earlier because I hate sleeping with a full stomach. I don’t even eat that much for dinner on a regular basis.

2. I have no more time for my fashion blogs. Or other blogs for that matter.

Since I ride with my parents, I always have to go to Makati after getting picked up, which means I get home later. I don’t like it, but beggars can’t be choosers. I’m starting to think that I’d rather get picked up LATER, so I can stay in the office instead of wasting road time going to and back from Makati.

This also means I wake up at 5am in the morning, leave the house before 7am, and get to work before 8am. Since I arrive early, I have around 15-20 minutes of surfing the net or going on Facebook and checking personal emails before I officially start work. That doesn’t give me much time to go through all the Fashion and Design blogs I usually consume each morning.

Trying to multi-task while dressing up in the morning and trying to go through my reader at the same time doesn’t really work well, unfortunately.

I still have 20+ design/mobile/UI articles to finish reading. They’ve been open since the start of the week.

Hopefully people aren’t nice to me just because I’m a girl. But so far, I’ve liked all the people I’ve met. Everyone is friendly and even though I’m terrified of the possibility that there might be people like those from my old org, C reminds me often not to think that way. It’s hard, but I’m trying. After all, no one has given me a reason to distrust their smiles and friendly greetings.

They have design/programming books in the office that we can borrow. That made me so happy.

4. I hope my mom will keep giving me allowance until the end of this month.

I got paid 3 days worth of work hours because it met this month’s cut-off, and yesterday I could withdraw the money already. The thing is, my dad still gave me P2k for allowance for that day because I was planning on buying some make-up (I ended up buying an eyeliner, BB cream, and headphones). I still ran out of money because of sharing a gift and the gas, plus I still wanted to buy this book. While withdrawing, I was imagining how much I’ll end up spending every time I go out and all the things I’d want to buy (both for myself and for other people) and realized —

despite my paycheck, I won’t get to save much.

And I fervently wished my mom will give me allowance at least until the end of this month.

And I’ll probably never buy a car until after taking my master’s. Even then, my mom would still be richer than me.

Bottom-line is: I’ll never be completely independent unless I get promoted one day. I still need my mom. And I’ll probably never be moving out. Until after grad school.

Well, I’ll work this out after the end of this month. By the end of September, I’ll probably have a good estimate of my spending habits…and how much I have to cut back on.

5. I don’t think I can freelance that much anymore.

I still want to, but I can only take a job only one at a time. The only thing I really dislike about freelance is that I’ve never gotten the finance part of things that well. I don’t like never getting paid. I still want to work on projects that I like, but I’ll do this slow and at the same time try to work something more systematic with regard to contracts and payments. I want to adjust to this new job first and then finish all the things I have to do before the end of this year.

So it’s work-day again tomorrow. I’m looking forward to my second week, and I hope it’s just better than the first!