This is going to be one of the (possibly many) pre-2012 posts (and the first) that I will be making before the year ends. This is also an attempt to use internet memes on my personal life, but I may get it wrong (which is why I’m just posting it here and not on 9Gag!)

You have been dutifully warned.

One of the best things about working at an Office that’s right in the middle of malls in Ortigas is that everything is a 10-minute walk away from you (except if it’s the Shang-ri La mall which is so much farther to walk than it seems). This means I can afford to get a haircut during lunch break. Which is what I did yesterday. Mostly because it’s a holiday today (so I won’t be in Ortigas to get the said haircut) and I think it’s best to start the year with a nice look (ohhh yeah, that’s definitely me complimenting myself. What is vanity).

(While we are at the subject of haircuts, I’d like to mention how much I love getting my hair cut at Toni & Guy in Manila. I can compare it with trying to get my hair cut in other salons and the hairdressers almost never get it right. I’d have to pay them Php250 to get it wrong, but Php650 for Toni & Guy to get it right — so, you’d understand where I want to put my money, right?)

Anyway, it’s the 30th and the year is about to end (thank goodness). It’s exhausted me in all ways imaginable. So many things happened and they are particular enough that I doubt I’ll ever forget them or how I felt when they happened. Although, on the way home from our Tagaytay Date-trip I told Charlie, “It’s a good year, yeah?” That’s not a lie. The year can actually be divided into phases: (1) pre-graduation, (2) pre-employment, and (3) employment with the first part filled with all the sad drama. Part 2 is more like a phase of inner conflict then Part 3 is an eventual adjustment and acceptance period (to the best of my ability).

Overall it was still a pretty good year (since I’m ending it feeling all happy and shizz), and here’s the best and worst of it —

I’m not really going to write this in a particular order, except for category (best vs. worst), so here goes:

Let’s talk January 2011 where rumors and gossip and hatred was abound my university with stories that were not wholly true, oftentimes twisted around by people with malicious intentions.

Needless to say, that was very depressing (understandable) because most of them were people I used to be friends with (unforgettable). Friendship, what is that, LOL!

This resulted in two things: 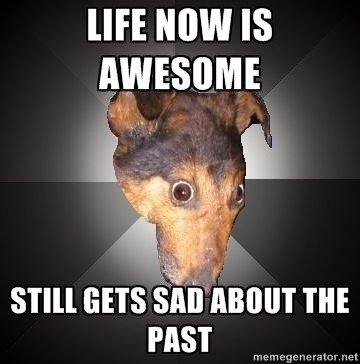 I’m actually not so sure I’ve gotten over my issues properly :P I can’t just carry all the blame, not when there are people like that one woman who still (after graduation) ended up talking to my brother, “You don’t have to change the way you see your sister or anything, but she told K to break up with C.” Which was insulting me twice over because (1) that whole gossip is a big fatty lie and (2) how dare she tell things like that to my BROTHER of all people! My precious, awesome little bro!

I guess I had nothing else to trust or fall back on except for Life and Fate to balance things out with all those mean people. I’m not normally as vengeful as I am now, but I want to believe good things will happen to good people and vice versa (as much as I know bad things still happen to good people — well, all those bad people will get something from Life too. If they don’t, they must be so damn lucky that I’d just have to prove I’m luckier.) 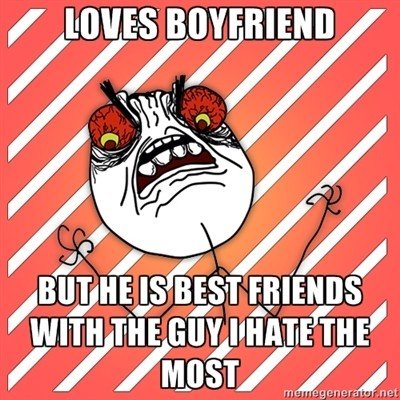 See, the frustration there can be over myself or over this sad coincidence in Life. I just have to suck it up and accept the little pool of misery.

This is a little more quick (and shorter) in a way that it’s less complicated to summarize:

I graduated from college. FINALLY because I’ve been getting bored in uni. Which is cool. Because college was getting poisonous back there, except for Thesis, which was awesome. Talking about Thesis — I’m damn proud of my thesis for my senior year, and that was one of the best things this year too (since we finished it, had our exhibit, and then defense by February 2011). Also kept me moving on despite all the org-drama during my senior year.

I got a fun job. Which is great! I enjoy what I do most of the time, I get along well with all my co-workers (no bitches and assholes there, at least none that I know of), I love what I do and I’m a block away from Charlie’s office. Seriously, how luckier can one person get? (I mean, I’m still waiting for the iMacs at work but that’s one minor detail. Everything’s great.)

I met a lot of new people. This is the only way to get rid of a horrid experience with people from the past. So it’s good that I get to meet new people who also went beyond my expectations. Yay for hope for humanity!

But the best thing of all — 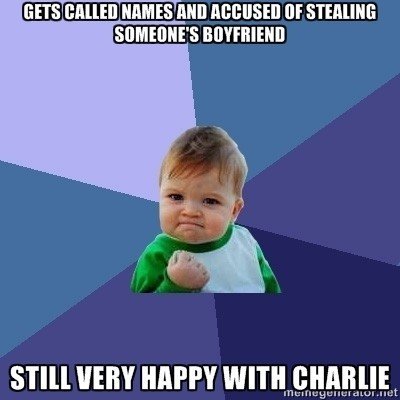 Despite all the shit I got from those people (and therefore, despite the more widely-believed “story”), I’m actually a principled person and I have never done anything I can be ashamed of (maybe except knowing some of them and being friends with specific people in the past). I’m more responsible than some of those people gave me credit for. I still hate some of them, but that’s a given setback. I’m generally happy (well, at least, for the most part. I’m not totally over it, but yeah, traumatic things like that need more time).

I don’t want to wish for a better year in 2012 because that might just jinx it. Wishing is for the weak! (Just kidding). Rather, I’ll just work hard, as I always do, for the things that I want and treasure in life. 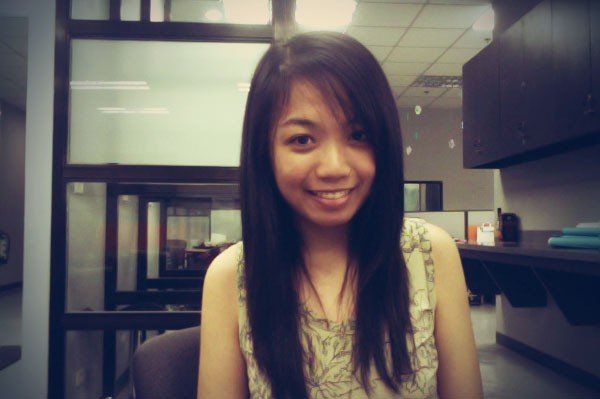 like my “new” haircut isn’t really that new. My hair’s still long and all. I just had the front cut and some of it layered a bit.

but some things aren’t quite the same anymore either. Not always for the best, I suppose, but life’s just exciting like that. 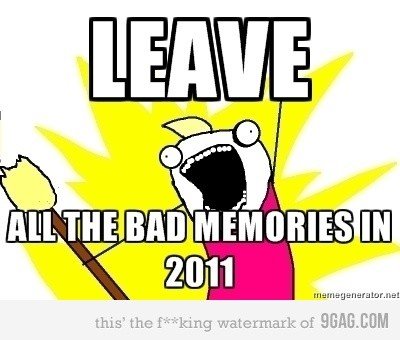 To emphasize the message from the picture above, I even wrote a post with all the good things from 2011.