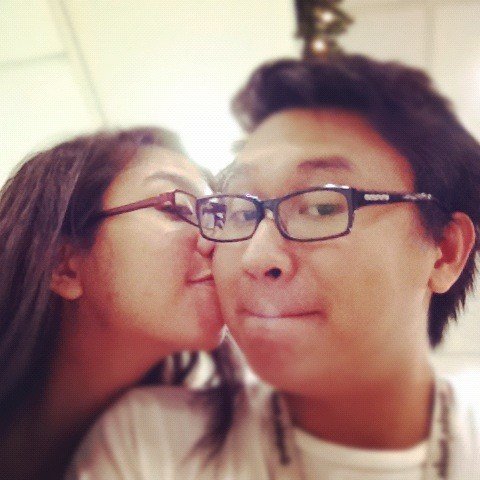 When I was a kid, we used to have “fun” Christmas celebrations. There would be themes every year where we have to dress up in costumes, have lots of games, and then have a gift-giving session where someone takes the mic and gives out the gifts under the tree one by one. As I grew up, all my cousins also grew up until eventually some of them moved abroad or had families of their own and nobody had time to organize the games and hype up a theme. “Christmas” with (my mom’s side of) the family now meant lunch with everyone, some idle time where we play with my cousins’ kids, everyone just eating and then eventually leaving for home or other christmas celebrations in the evening.

This year, there weren’t much gifts anymore (because everyone else would usually give out practical gifts like money or food, things like that). It was also more stressful since I started working already, I’m expected to give all the kids gifts. I’ve been going out to Megamall/Shang/Galleria during lunchbreaks for the past week just to get everyone gifts and frankly it’s made me feel so freaking exhausted.

But the best thing about my christmas this year was C. :)

When I was a kid, my cousins would bring their boyfriends/girlfriends for Christmas to meet the whole family so naturally, I was really excited to introduce C to everybody too. Despite having a Christmas lunch with his own family, C still came to my family’s celebration in Antipolo (with the help of GPS! because my map skills suck!). I think because I was really adamant that he come and because he loved me (aw yeah!). It was his first time meeting everyone and all, but I think it went pretty smoothly. C was telling me I’m always too worried about things I shouldn’t be worried of, or expecting the worst of everything that I’m always stressed. I wanted his first Christmas with my family to be perfect that I worried too much and was sometimes irrational. He’s really understanding when I get like that though, and I feel the night ended well. :)

Spending Christmas with him lit up my Christmas despite “Christmas” feeling a bit less like the old Christmas celebrations we used to have when I was younger. In the end, the most important aspect of Christmas is spending it with the people you love. C even took me out that night, after the family reunion, and it just made the night even sweeter. :)

3 thoughts on “The ‘Perfect’ Christmas”