The Xiaomi Redmi Note 4G became available on the Mi Singapore store recently and I managed to get one, yay! At S$229, it wasn’t bad (around PhP 8k). I wanted to get a bigger phone since it seems to be a trend and I want to study/understand/experience it myself. The Redmi Note seems to be a mid-range phone which performs decent enough. I’m not listing down specs because specs are only ingredients to the experience, so I’d rather talk about how I feel about using the phone.

(You may also want to read: How come the iPhone’s 1 GB RAM is touted to be able to compete with more than 2 GB RAM of Android phones?)

As a phone, it’s waaaay better than my old Alcatel (which I very rarely use for testing stuff, before it housed my PH sim after moving to SG). Let’s just say my Android experience benchmark is low enough that I really found the Redmi Note to be a huge upgrade, haha. My iPhone 5’s battery also only lasts me 4-6 hours at a time with 3G on, so trying out a new device seems like a good idea at this point in time.

I really wanted an iPhone 6 Plus but oh gawd I can’t afford it yet, otherwise I will be fined for being unable to keep up my bank’s minimum deposit amount, hahaha. So it’s really not so bad. Generally, I’m happy with how it looks and feels. I didn’t put on any screen protector so at first the screen felt a bit sticky and I quickly got my fingerprints all over it (so definitely not a phone for crime! I kid :P), but it’s nothing like a quick wipe with a magic cloth can’t solve.

The Android OS is currently on 4.4.something, and I wanted to get a more Material Design experience so I installed the Google launcher and changed a bunch of my default apps with Google’s own. Hence, my photos below will show how my phone is without rooting. 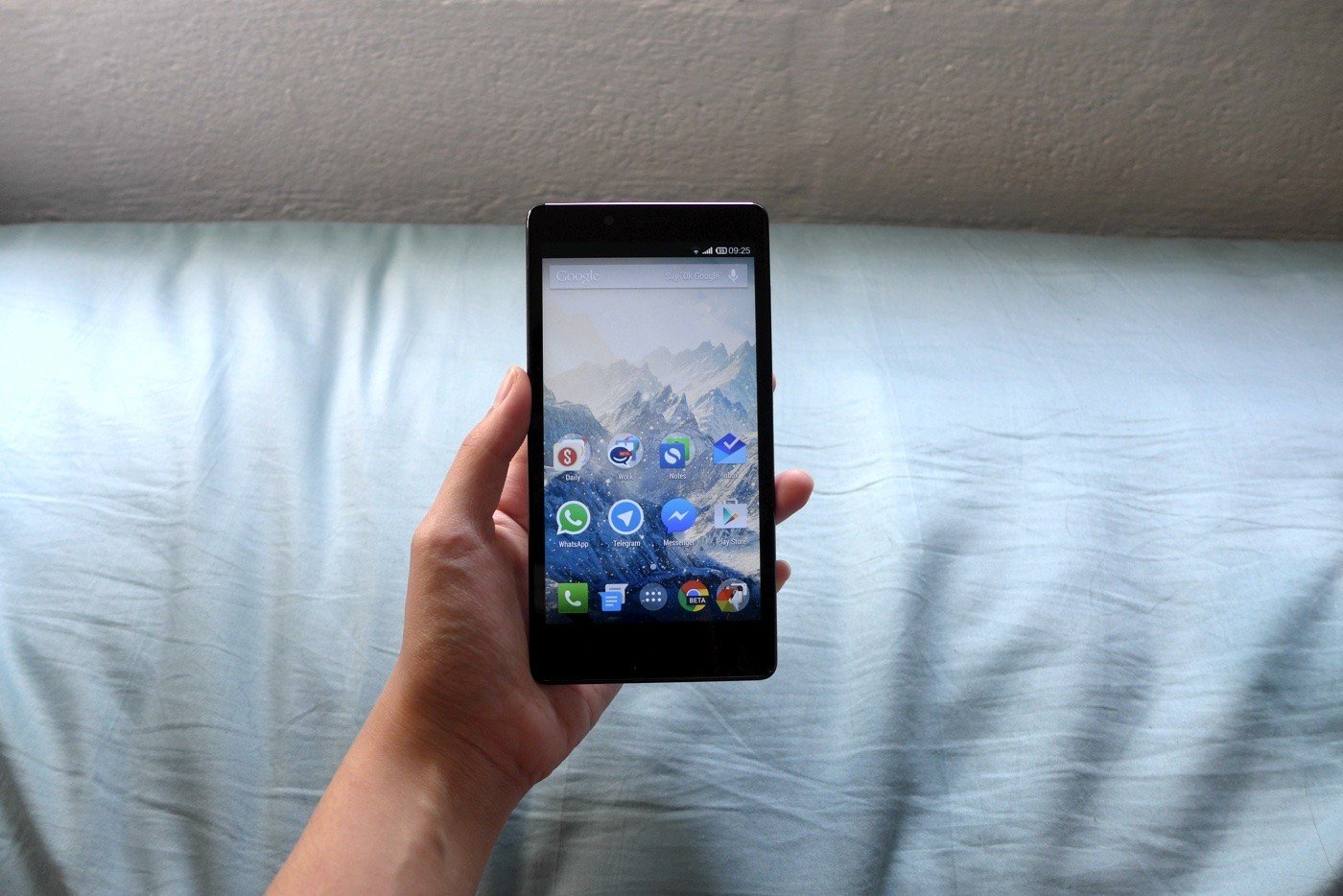 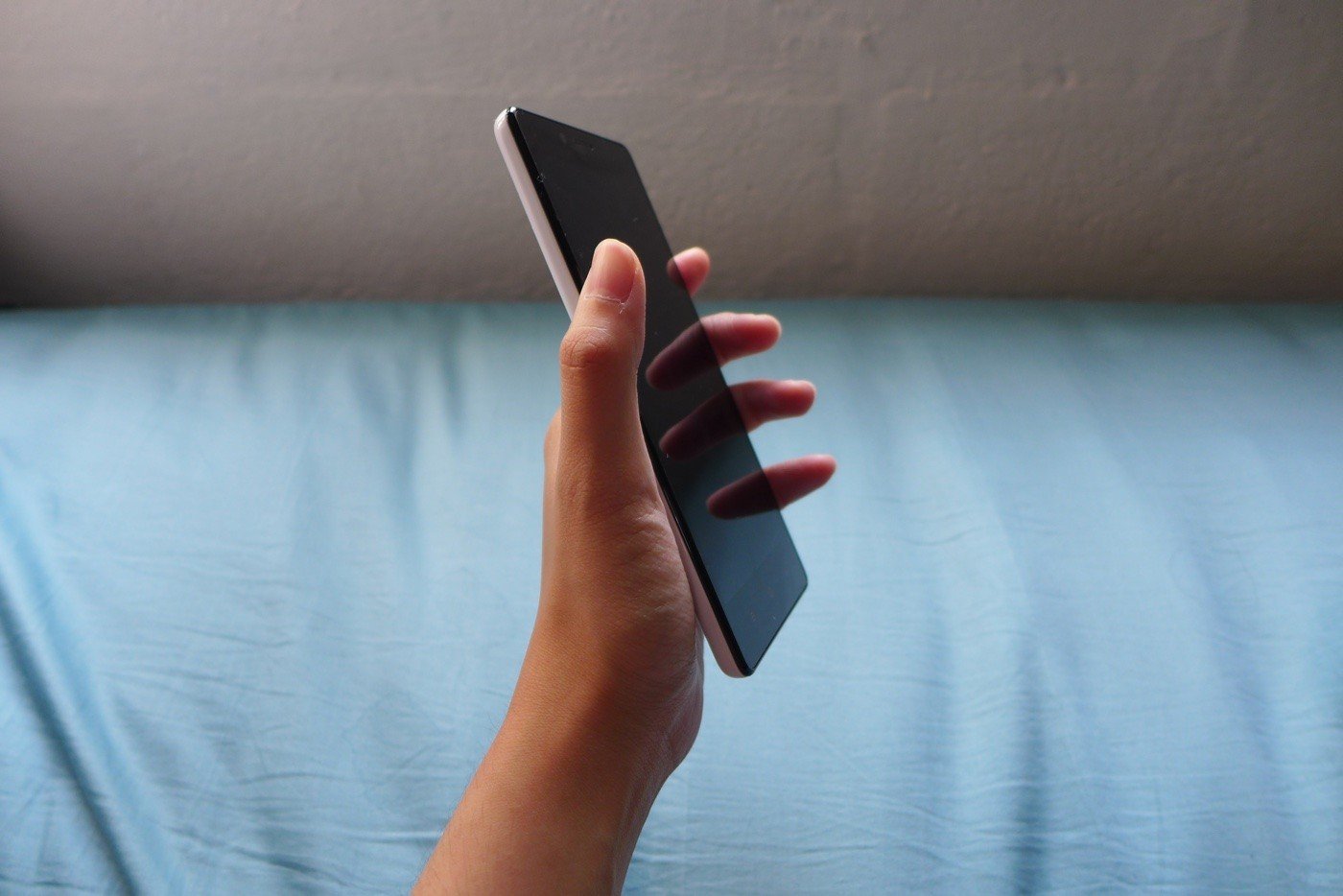 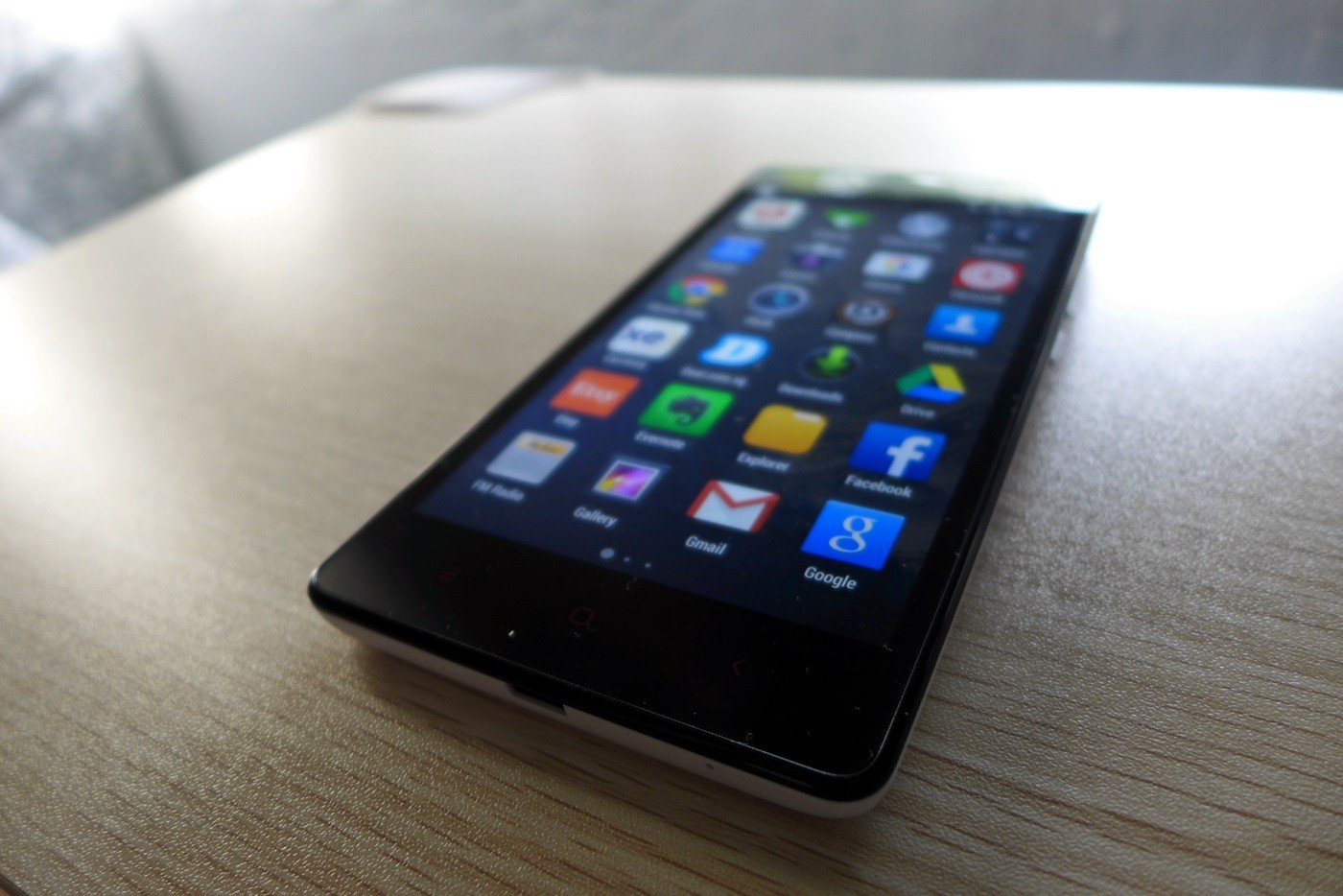 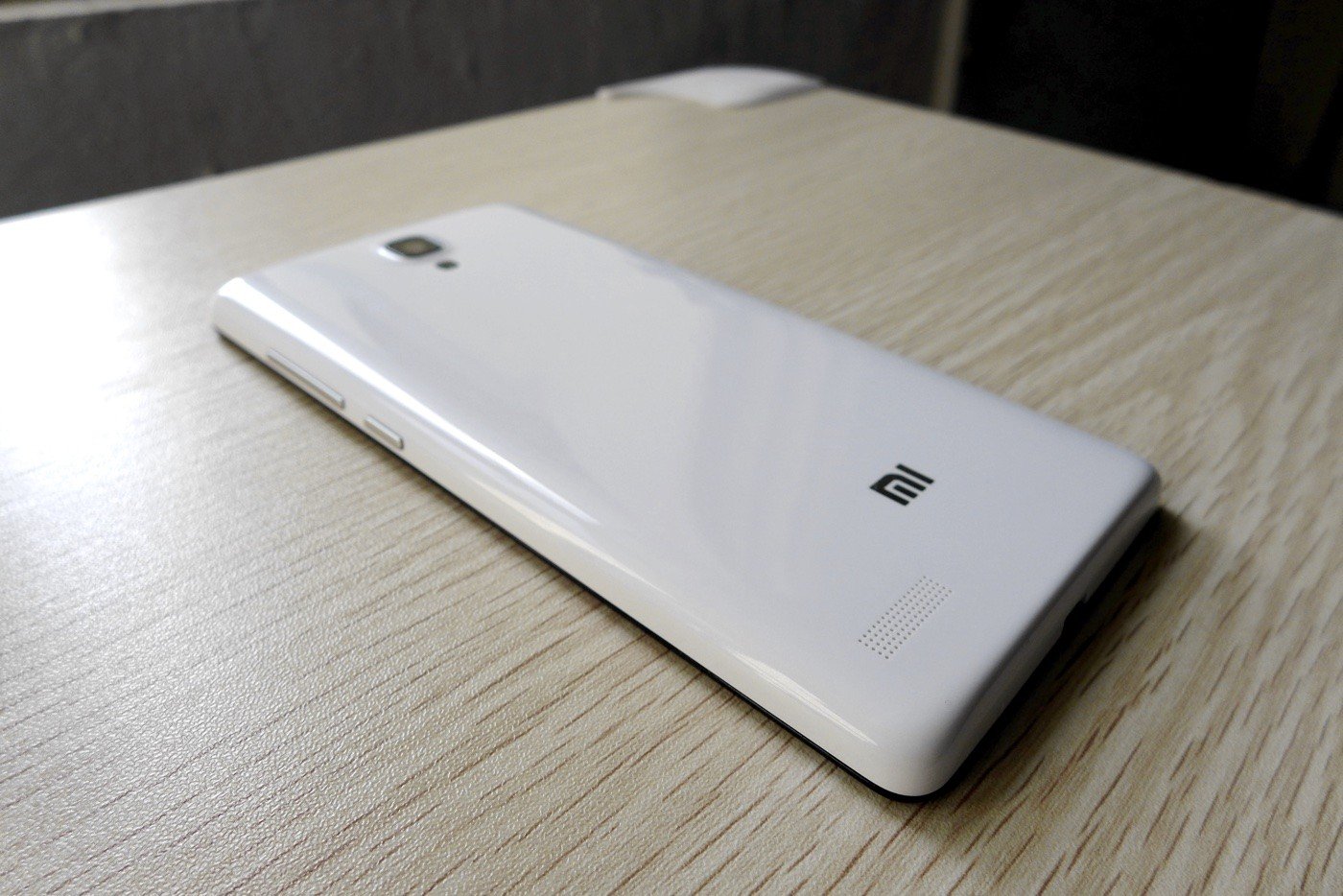 It felt like the 5.5″ inch screen is a good compromise for two-handed typing but one-handed browsing. Even if the plastic casing is shiny, it’s not slippery. I would still probably get a case for it, because my iPhone 5 is a bit lighter and yet I drop it so often, hahaha.

While I’m not expecting the Redmi Note’s camera to be on par with an iPhone and their tailored camera technology, I can’t deny that there will be moments that you just need to capture quickly and your phone will be the first thing you can fish out of your pocket (or bag). VSCOcam is the best and the one and only camera editing and filtering app I would recommend universally, even for aliens. I would put it on my Lumix if I could.

So I tested the Redmi with it and it’s good enough (i.e. it’s okay) for Instagram, Path, Facebook, selfies, and all the casual stuff (it’s not award-winning, and for most cases it’s okay). That said, I compared taking a photo with VSCOcam versus importing a photo taken with the Google Camera app. The verdict: the Google Camera app takes better (sharper) photos. This was something I had to test because on my iPhone, VSCOcam seems to take better pictures than the default camera (“seems”, because I’m not technically sure).

In any case, this will force me to take my compact camera if I really want to get better photos. I think the photos will also die in low lighting. Will probably have to try if I can capture anything in the evening.

To be honest, I can’t really say yet how well the phone will hold up with regular, every day use since I’ve only had it for a day. It’s really more entry-level than anything (2GB Ram and 8GB internal storage). I don’t have games on it (yet!! I bought Kingdom Rush Frontiers on my Nexus 7 so I think I should install that!!!). Most of my apps are for work (emails, note-taking, task-tracking), reading stuff (Reddit, Pulse) and messaging and so far the internal storage is more than enough. I have a 16GB SD card for media content, and I’m thinking of upgrading to put in more videos and e-books for when I commute.

I don’t think it’s as snappy as an iPhone 6, but if I’m only to compare it to my iPhone 5, the Redmi Note is doing okay. The screen isn’t superb or better than my old iPhone’s, but it’s useable and not too laggy like lower-end/older androids, and the Redmi Note is quite pretty still. (My iPhone 5, running iOS 8, also lags a bit every once in a while these days). It totally wins at Battery Life compared to my old iPhone 5 though! This also means that it takes longer than my iPhone 5 to charge (which charges super fast).

The Redmi Note does slow down at times: I did notice that after having a long conversation (over an hour) with my brother on Facebook Messenger, the messaging app started to lag noticeably (keyboard typing and new messages popping up became slower). I don’t think it can keep up having a bunch of apps on at the same time (unlike with my iPhone, which handles this remarkably, remarkably well). It also lags a bit when I use the camera and stay in the camera screen for a while to take a bunch of photos. But with the price-point, it’s definitely understandable and I have no problems with that yet.

I really feel that the phone is so good for the value (or price). It’s never a good investment to spend too much on an Android phone because compared to iPhones, they get outdated much more quickly and their resell value falls pretty fast. The Xiaomi Redmi Note is really a good starting point for a small-to-big phone upgrade for anyone looking for something more affordable. Plus it’s prettier than the Samsung’s custom UI which I loath to death.

I think I can settle for an Android phone mainly because the tasks I do on my phone are pretty minimal, and Android is good for content consumption. If this can replace my Nexus 7, then it would be awesome since Android tablets fall short in content creation (compared to the iOS app ecosystem), and I prefer to go back to an iPad so I’d have Paper again, for example.

Some things I’ll miss on the iPhone:

Some things where the Redmi Note really wins (as a change from my iPhone 5):

Now that the online sale on Xiaomi’s site is over, I’ve seen a few selling overpriced Redmi Notes. I don’t think it’s worth getting the phone if it’s over a couple of dollars more expensive (like, SGD $250 isn’t so bad, but anything more than that I won’t recommend). Some sites like Qoo10 seems to have it on sale too though.

I really hope it holds up well with more regular use until I decide if I’m upgrading to an iPhone 6 or 6 Plus next year.